Javed Akhtar, veteran poet, lyricist, and screenwriter, says that restricting art in the name of damage to culture is wrong and that should not happen in Pakistan or India, Times of India reported.

During a media interaction, Akhtar gave his two cents to Pakistan’s Chief Justice Mian Saqib Nisar ‘s statement about the Supreme Court not allowing Indian content to be broadcast on Pakistani TV channels because it ” damages their culture.”

Akhtar said, “This is all wrong, there shouldn’t be any such talks coming from here, neither from there, as well. There are so many good serials which come from there (Pakistan) and they should be able to telecast here but they don’t, and our good programmes should be able to telecast there, and why should not they telecast over there and which culture is getting damaged? Neither their’s nor our culture could get damaged.”

Akhtar said that statements like these are wrong and the path of art should not be restricted. 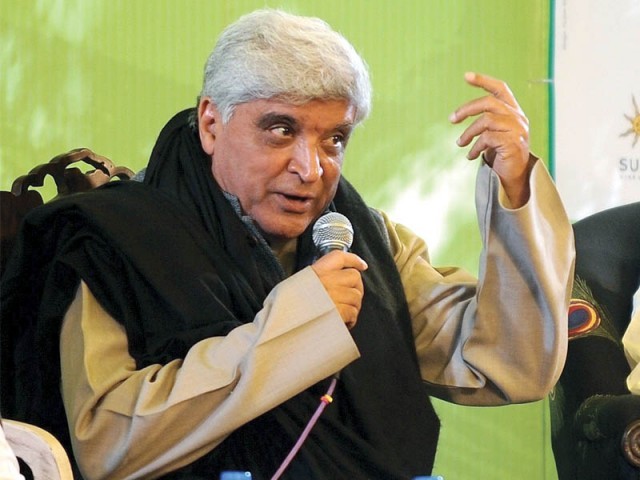 “These are just talks and people keep on jabbering about something or the other, someone does not want Ghulam Ali to come to India, and people from Pakistan keep on saying something else, Lata Mangeshkar and Asha Bhosle haven’t been able to go to Pakistan,” added the celebrated lyricist.

“In India, people don’t want Pakistani artistes, this is all wrong. As far as art and culture is concerned, whether people from Pakistan or from India, every avenue and path should be open for it.”